Written by Felix Boehme
Updated over a week ago 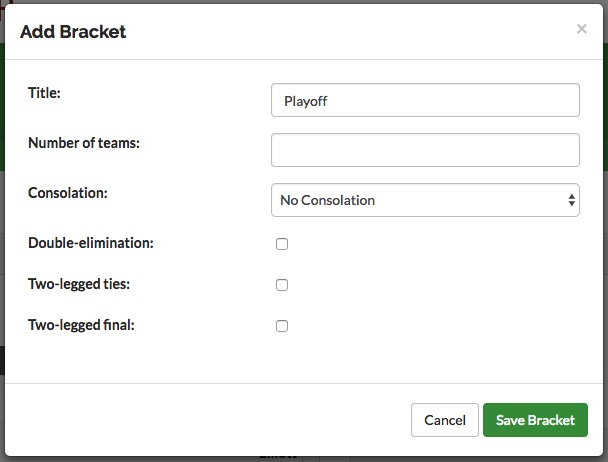 To set up a standard single-elimination bracket, you just need to enter the number of teams and click Save Bracket.

Full Consolation
Gives all teams in the bracket the same number of games. Losers are not eliminated, they simply drop to a lower bracket and keep playing until each rank is determined.

Third Place
Adds a third place playoff match for the losers of the semi-finals (like FIFA World Cup, for instance) – nothing else.

It takes 2 losses to be eliminated from the tournament.

Teams face each other twice; the better team after both games advances. If you do not check two-legged final then the final will be just one game (e.g. UEFA Champions League).

Currently, there needs to be a definitive winner (one team needs to have scored higher on aggregate) in order to advance. If you have a tie, please increment the score of the team you want to advance by 1.

Did this answer your question?